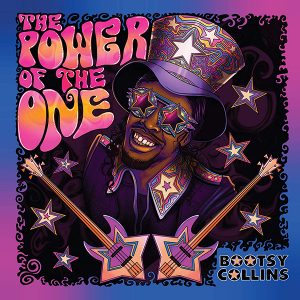 The Power Of The One

The album was listened to and played in a JazzrockTV episode. Check our this epiosde for the full coverage and review: JazzrockTV LIVE – Jeremy Green – Mono Neon – and more.
Playing this video will stream content via MUXX.TV from Vimeo according to the VIMEO data privacy policy.

1: Funk Formula 1
2: The Power Of The One
Featuring: George Benson, Williams Singers

Bootsy Collins’ influence on popular culture is inescapable. His SOUND and LOOK are literally stitched into the fabric of modern music, be it R&B, Funk, Rock, Hip-Hop or E.D.M. Snoop Dogg, Dr. Dre, Flea, Daft Punk and Thundercat are all his disciples. Today, a whole new generation of music fans have embraced Bootsy’s legacy via Childish Gambino’ platinum hit “Red Bone”, a loving homage to Collin’s 70’s smash “I’d Rather be with You.”
The Power Of The One is his new album. Produced, written and arranged by Collins, The Power of the One began before the pandemic at Sweetwater Studios and was completed during lockdown at his own Bootzilla Studios in Cincinnati. “In these tragedies and in these storms is when the most beautiful messages can come out,” says Bootsy. “You also realize you can’t do everything on your own. We need each other. One Nation under the groove.” 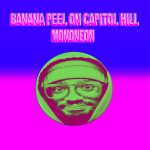